How Did the Non-formal Education System for Children Withstand Quarantine’s Challenges?

During the quarantine period, as many as 40% fewer children attended non-formal education for children (NFEC) activities financed by targeted funding. Before the pandemic, nearly 100,000 children attended NFEC activities in March, whereas only around 60,000 in April and May. One of the reasons was that one-third of the programs simply did not take place.

Although distance learning was allowed, non-formal education providers acknowledged that not everyone had the opportunity to do so. Many were deterred by additional requirements, such as written parental consent, supplementary reports and late funding.

“The significant decrease in the number of children attending NFEC during quarantine shows that due to the pandemic, a large number of children lost the opportunity to participate in non-formal education activities. More importantly, however, the quarantine’s effect on children varied depending on the municipality they live in. In some municipalities, the programs continued to operate successfully remotely, and they were simply halted in others. If, or most probably when, we face the second wave of the pandemic, there is a risk that this scenario will recur. Therefore, it is essential to start analysing now the disparities in implementing NFEC programs during quarantine in municipalities, to identify and disseminate good practices. So that the diversity of programs during the second wave of the pandemic is ensured and opportunities for as many children as possible to attend them are guaranteed,” says Dovilė Rudzenskė, an analyst at the National Network of Education NGOs.

As many as 40% fewer children attended NFEC activities during the quarantine.

The share of pupils using the targeted state funding for non-formal education of children out of all Lithuanian pupils (2020, Education Management Information System data)

During the quarantine, 62% of the previously enacted NFEC programs in Lithuania were carried out remotely, in which 63% of the children who took part in them before quarantine participated (this makes up 17% of all Lithuanian pupils). Behind this average, however, lie considerable variations between different municipalities.

For example, no NFEC classes for children took place in the municipalities of Kelmė district, Neringa and Pasvalys districts in April, at the beginning of quarantine. In May, NFEC in Pasvalys returned to the pre-quarantine level, and in Kelmė, 9% of municipality’s pupils started attending programs again (the share of pre-quarantine attendees was 33%), while in Neringa, activities did not resume.

The most problematic municipalities in terms of children’s participation in NFEC programs are Švenčionys district, where only 5% participated in NFEC programs in April, as well as Elektrėnai, Jonava, Jurbarkas, Lazdijai, Šalčininkai districts, where 6% of municipality’s pupils participated in NFEC programs in April, as well as Širvintos district with 8% and Birštonas with 9%. In some municipalities, the situation improved somewhat in May, but the number of children attending NFEC activities in Birštonas, Jurbarkas, Lazdijai, Šalčininkai and Širvintos remained below 10%. The reason for the “drop-out” of children is unclear­–it may have been due to parents’ refusal to allow children to attend programs remotely or providers’ refusal to make them available.

Some small municipalities have managed to maintain a significant number of children. Leaders among municipalities, where at least a quarter of students attended the programs during quarantine, were Vilkaviškis district, Rietavas, Plungė district, Pasvalys district, Kupiškis district, Kaišiadorys district and Pagėgiai. Unfortunately, there is no data on how program implementation was distributed depending on the type of service providers­–municipal and independent, i.e., NGOs. 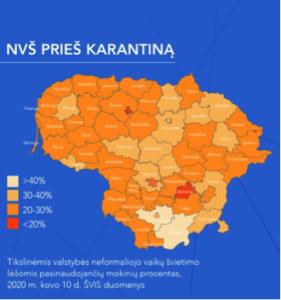 NFEC before the quarantine 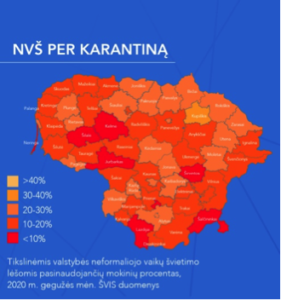 NFEC during the quarantine 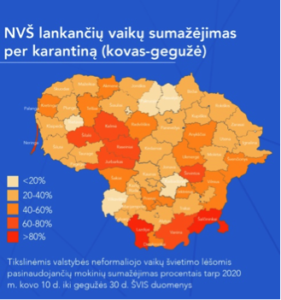 The decrease in children attending NFEC during the quarantine (March-May)

The decrease in the percentage of children using state funds for non-formal children’s education between March 10 and May 30, 2020. Education Management Information System data.

The monitoring of NFEC programs was prepared within the framework of the project “New Education Paradigm in Competitive Conditions”. The project is financed from the Programme for the European Union Funds’ Investments in 2014-2020, priority 10 “Society-oriented smart public administration” measure No. 10.1.2–ESFA–K–917 “Strengthening intolerance to corruption in society and promoting participation in public administration processes”. 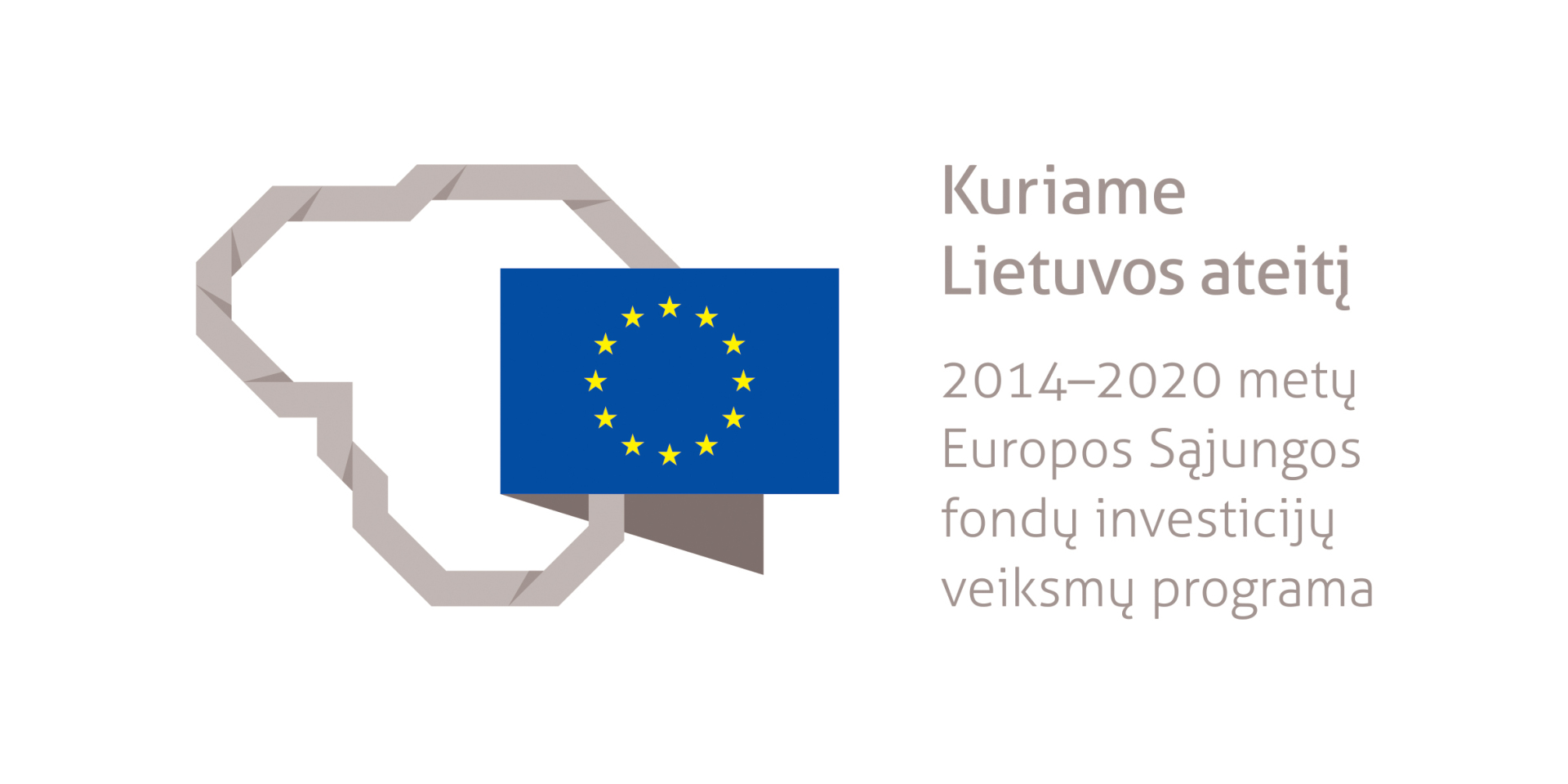 Problems and Priorities of Education in Lithuania

How Did the Non-formal Education System for Children Withstand Quarantine’s Challenges?

Why Is NGOs’ Involvement in Education in Municipalities Stalling?

Situation and Development Perspectives of Non-formal Education for Children

We use cookies on our website to give you the most relevant experience by remembering your preferences and repeat visits. By clicking “Accept”, you consent to the use of ALL the cookies.
Cookie settingsACCEPT
Manage consent

This website uses cookies to improve your experience while you navigate through the website. Out of these, the cookies that are categorized as necessary are stored on your browser as they are essential for the working of basic functionalities of the website. We also use third-party cookies that help us analyze and understand how you use this website. These cookies will be stored in your browser only with your consent. You also have the option to opt-out of these cookies. But opting out of some of these cookies may affect your browsing experience.
Necessary Always Enabled

Any cookies that may not be particularly necessary for the website to function and is used specifically to collect user personal data via analytics, ads, other embedded contents are termed as non-necessary cookies. It is mandatory to procure user consent prior to running these cookies on your website.